Following months of planning the National Forest Adventure Farm has today revealed the design of its annual maize maze which will commemorate the 50th anniversary of the moon landing, taking place on 20th July 2019.

Located near Burton upon Trent, the Farm has kept the design of the maize maze a closely guarded secret and this year farm mascot Crumpet the Cow flew to the edge of space to reveal the unique design. The fluffy Friesian travelled over 35,000m capturing images of the maze design on a 4k high definition, 360° digital camera before parachuting back to earth safely.

Open from Saturday 13th July until 2nd September, the National Forest Adventure Farm will transform into a hive of space exploration, including a new Space Rangers Alien Rescue interactive indoor attraction where children can train to become a Space Ranger and help save aliens.

Tom Robinson, one of two brothers who own the popular Midland’s tourist attraction said it was one of the most ambitious mazes to date, he said: “After months of planning we’re really excited to reveal the design especially as our 16th annual maze will celebrate the achievement of those pioneering astronauts 50 years ago.

“Families can find out what it is like to be an astronaut and catch a rare glimpse of earth by viewing our 360 degree virtual reality video of Crumpet’s journey to space.

“Plus our brand new Space Rangers: Alien Rescue interactive indoor experience will be open to offer families the chance to become a Space Ranger and rescue the alien’s eggs!” 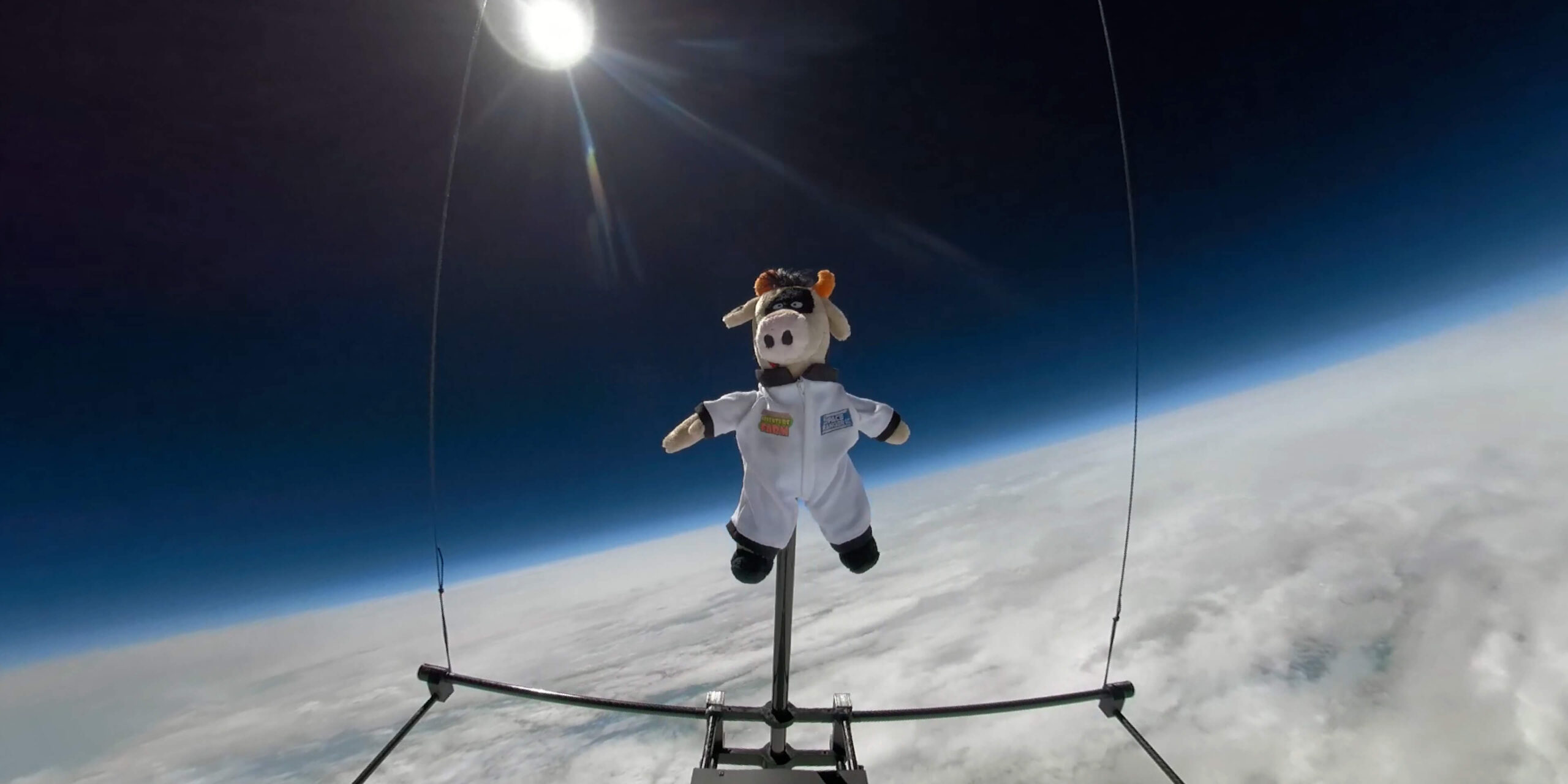 Crumpet the Cow, mascot of the National Forest Adventure Farm, travels to the edge of the earths atmosphere to see the Moon Landing Maize Maze

The maze offers 3 miles of paths, bridges and viewing towers tracing through a 10 acre maize field which by the mid-August will tower 2.4m (8ft). Once open on 13th July, families can navigate the maze to find and solve space-themed puzzles and help a Lunar Crew fix their space craft in order to safely return to Earth.

More information is available at www.adventurefarm.co.uk

Tickets cost £11.24 online and include entrance to the Adventure farm including the maize maze and Space Rangers: Alien Rescue.